The town of Devin is located in the heart of the Central Rhodopes Mountain, in the valley of the Vacha River, at 710 m above sea level. Its population is approximately 7200 people. The curative mineral water is the greatest treasure of the region. The Vacha, Devinska, Muglenska and Trigradska Rivers are of exceptional significance for the area.

The town combines diverse relief, picturesque nature, mild climate and enjoys the presence of several types of mineral water springs with high capacity and average water temperature varying from 16°C to 78°C. It is exactly this combination of nature, air and water, as well as the hospitality of the native-born, that makes the region an attractive tourist destination.

The fresh mountain air and the large number of sunny days have a stimulating healing and prophylactic effect. The climate is continental with typical lower summer temperatures. Autumn is warmer than spring.

Attracted by the healing powers of the mineral water, the Thracians settled in the region at the end of the 14th century BC and lived there up until late Antiquity (4th century AD). Many Thracian mounds were discovered near the villages of Borino, Yagodina, and Trigrad. The Ottomans started the invasion of the Rhodopes in 1371. Devin and the region were liberated from the Ottoman rule in 1912.

The remains of the settlement of Diove – ancestor of the modern-day town, were discovered near the left bank of Vacha River. It was later renamed to Dyovlen and kept this name until 1934 when the town was called Devin.

The remains of a medieval necropolis from the 13th – 14th centuries were discovered in the centre of Devin. The adornments and the pottery vessels found there are included in the museum collection of the town. It also exhibits artefacts discovered during the archaeological research of Yagodinska and Haramiyska Caves. The museum collection is housed in the building of Rodopska prosveta Community Centre (Rhodope Enlightenment Community Centre). On an area of 260 sq m visitors will see items discovered during archaeological digs in Devin and the region, tools, exhibits that tell about the life, work and culture of the Rhodope people, etc. Thematic exhibitions are also organised at the community centre.

The picturesque mountain area around Devin is very good for hiking. The rock phenomenon called the Elephant is 4 km away from Devin. Trigrad Village is located approximately 26 km away from the town. The road to the village passes through the Trigrad Gorge Protected Area. Trigrad River flows on one side of the road, while on the other there are 300 m-high vertical rocks. The Gorge was declared a protected area by virtue of Ordinance No 4021 of 6 December 1963. Dyavolskoto garlo Cave (The Devil’s Throat Cave), which many a legend has been told about, is also situated there.

As a popular SPA resort, Devin offers modern hotels with luxurious SPA centres to its guests. Rhodope villages are famous for their hospitality and traditional dishes and they provide accommodation as well. Shiroka laka Architectural Reserve is also in the region. Pamporovo Winter Resort is situated about 34 km away from Devin, while Chepelare – another ski resort – is approximately 40 km away. Several museums that tell the story of the Rhodope Mountains can be visited in Smolyan and Chepelare. 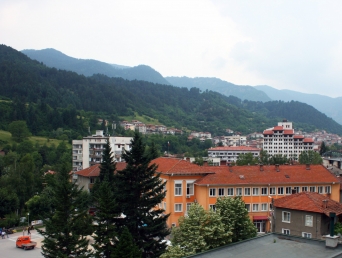 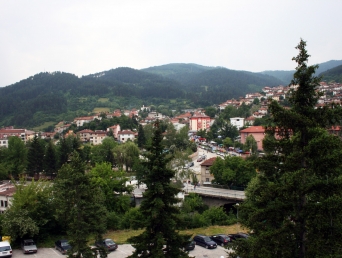 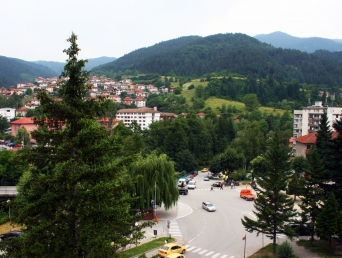